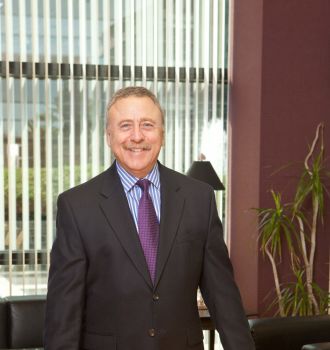 Having skilled legal guidance can make all the difference in the world when it comes to whether or not your legal issues are resolved to your satisfaction. Attorney Michael Lubin brings the knowledge, experience and skills acquired during 45 years of service to his clients to the handling of every case. He believes that every client deserves a highly competent, ethical, and cost-effective legal advocate in his or her legal dispute.

Michael Lubin has an impressive track record of delivering results for his clients which reflects his capabilities. Because he limits his practice to substantial matters, he is always available and accessible to his clients.

In addition to having been involved in 18 reported case decisions of the New Jersey Superior Court and Supreme Court, Michael Lubin has represented clients in hundreds of cases during his career. Although each case depends on its particular facts and no results are ever guaranteed, the following cases are illustrative.

"I believe that everyone deserves experienced and honest representation that is accessible and affordable."

Represented a woman whose sister had committed undue influence in getting their mother to execute a will in the sister's favor and negotiated a settlement resulting in an equal distribution of the estate assets.

Represented a woman whose brother had embezzled $450,000 from their elderly father under a power of attorney, resulting in the return of money to the estate and distribution to the client of her rightful inheritance.

Represented two brothers in a suit against their attorney - sister who had fleeced their elderly and mentally ill mother of almost her entire assets, resulting in a substantial mid 6-figure payment to the clients in settlement of their claims.

Represented a daughter against her father's live-in paramour who forged the father's banking documents in an effort to inherit one-third of his estate, resulting in a 7-figure settlement of the claim.

Represented a teacher who was seriously injured in an automobile accident and achieved a settlement of $1.3 million dollars for her injuries.

Represented a severely disabled girl who was allegedly assaulted by a home health aide and obtained a six-figure settlement that was deposited into a special needs trust.

Represented three minor children who were beneficiaries of a testamentary trust established by their late father against a dishonest trustee and was able to settle the case resulting in a sale of the father's business.

Represented a retired police captain in a suit against his attorney (subsequently disbarred) who misappropriated his funds from her trust account resulting in a verdict and judgment following a trial in the amount of $850,000.

Represented a 50% shareholder of a corporation, where her co-shareholder misappropriated and embezzled corporate funds and assets, resulting in a $650,000. judgment in her favor following a trial.